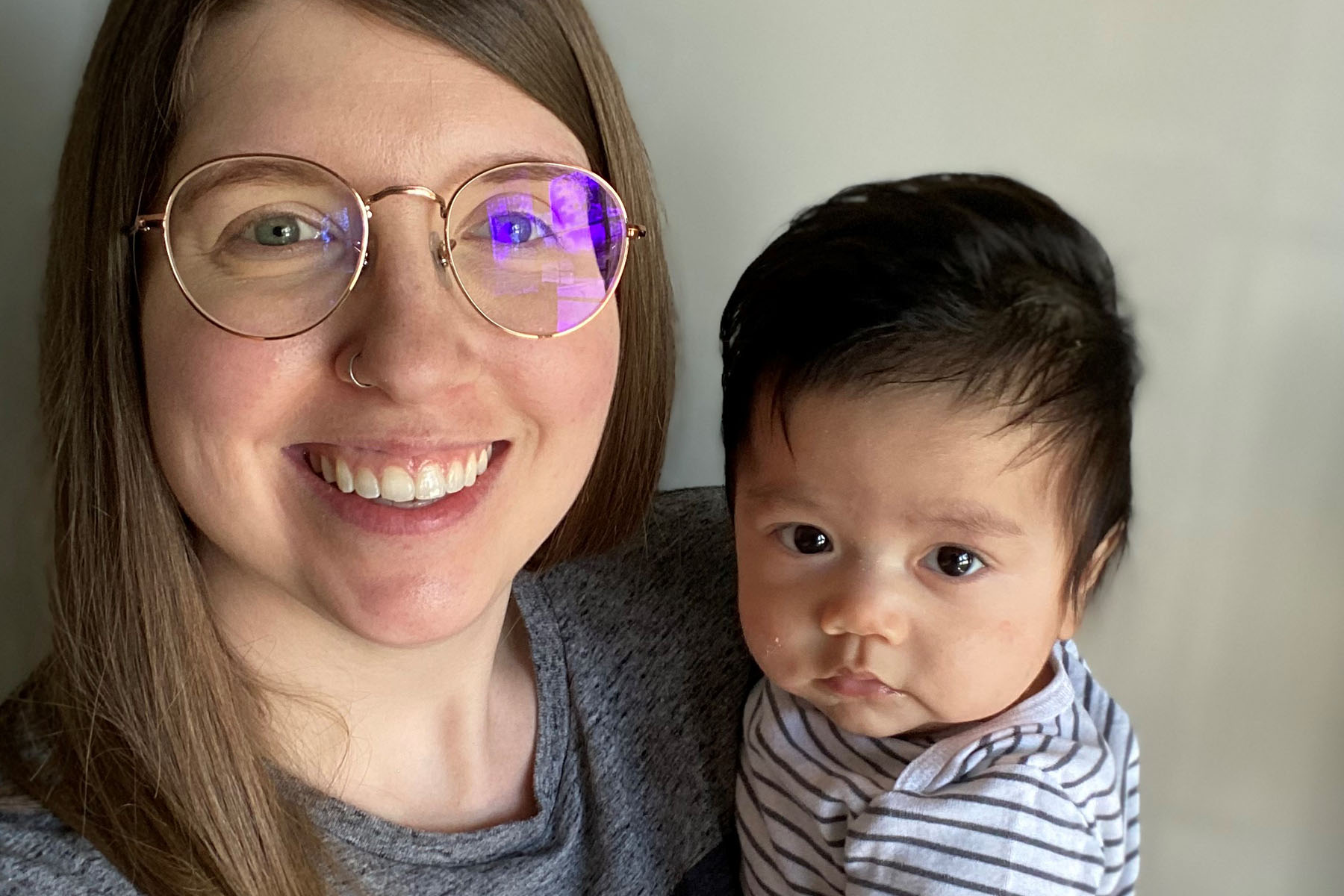 “Thank you for making such a difference in our lives.”

With the COVID-19 pandemic dominating the media, Katherine from Hamilton had every reason to be scared. She was experiencing body aches, fatigue and weakness. Then her six-week-old son, Phoenix, also showed signs of illness.

“He awoke on a Monday morning with a fever and a bad cough,” recalls Katherine. “I was really worried, especially with everything in the news, so I took him to the Emergency Department at McMaster Children’s Hospital.”

Testing for the virus

Phoenix was medicated to bring his fever down, he had a swab test for COVID-19, and he underwent urine and blood tests. When his fever started to break, Katherine was cleared to take him home to await test results.

“Phoenix seemed better by the time I took him home,” she explains. “Then I received a phone call from the Hospital with the rest results. They told me Phoenix tested positive for COVID-19.”

Katherine took him back to McMaster Children’s Hospital, where testing confirmed that she also had the virus. Because her symptoms were relatively mild, she required no treatment for COVID-19.

“I was much more worried about Phoenix than I was about myself. He was so young and vulnerable. This was one of the scariest experiences I’d ever had, but the amazing team at the Hospital was so compassionate and they helped me get through such a stressful time.”

Luckily, Phoenix’s fever never returned, but his coughing continued and he required suctioning to clear the congestion, which was making it difficult for him to breathe. Further blood tests were conducted and his oxygen levels were monitored during his stay at the Hospital.

To everyone’s relief, Phoenix’s condition quickly improved, as did his mother’s. They were discharged two days after admission.

Help when needed most

“It felt great being able to take him home,” says Katherine. “I’m so thankful that he’s healthy now and he’s back to his normal, happy self.”

Katherine is more determined than ever to enjoy her time with Phoenix. Especially with the world in the midst of such unpredictable and stressful times, she is grateful that McMaster Children’s Hospital helped her son when he needed it most.

“I’ll never forget the amazing care we received. Everyone was so gentle and kind with Phoenix, and I always felt he was safe in their hands. Thank you for making such a difference in our lives.”