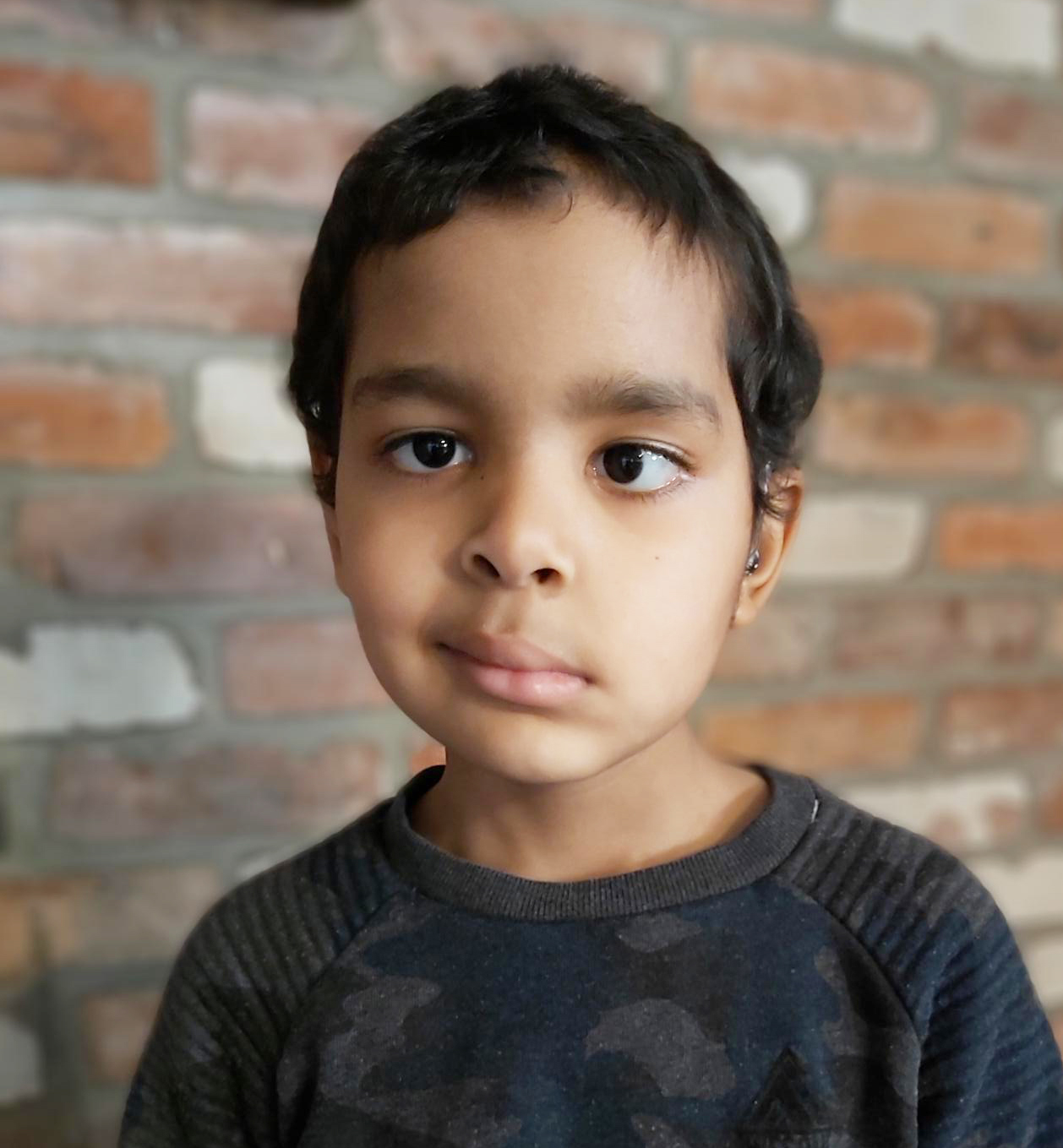 “It was scary to learn that Levi would need brain surgery, but I knew he was receiving the best possible care.”

For five-year-old Levi from Thorold, the summer of 2020 marked the beginning of a life-altering journey.

“Levi started having severe constipation, migraines and leg pains,” recalls Levi’s mother, Amanda. “I took him to the local hospital, where he had a CAT scan. When an unusual growth was found in Levi’s brain, we were transferred to McMaster Children’s Hospital.”

Additional testing led to a diagnosis of medulloblastoma – a tumour of the central nervous system. Levi’s tumour was situated around his brain stem, and fortunately it hadn’t spread elsewhere in his body.

“It was scary to learn that Levi would need brain surgery, but I knew he was receiving the best possible care,” says Amanda.

Before the operation, Amanda was told that Levi might experience posterior fossa syndrome – a condition that can develop after a patient undergoes surgery to remove a tumor in the posterior fossa region of the brain. The syndrome can result in a loss of motor function in the face or body. Despite the risks involved, surgery was necessary to stem the tumour’s growth.

“The procedure was eight hours long and they were able to remove 95 per cent of the tumour,” explains Amanda. “Unfortunately, Levi did experience posterior fossa syndrome afterwards, but I was grateful to the surgical team for their expertise and doing what needed to be done.”

“A second surgery was required when Levi developed hydrocephalus and they were able to drain the spinal fluid building up in his brain,” says Amanda. “After that, we started to see major improvements in his mobility.”

Levi was discharged home in December when he was strong enough to sit in a car seat – but his care at Hamilton Health Sciences wasn’t over yet. He also underwent 30 rounds of radiation therapy at Juravinski Hospital and Cancer Centre, and six rounds of chemo at McMaster Children’s Hospital.

“We’re seeing his fine-motor skills improve every day and now he can get around with a walker,” says Amanda. “We’ll continue visiting McMaster Children’s Hospital every few months for MRIs.”

As Levi’s journey continues, Amanda looks to the future with hope and resilience as his team at the Hospital journeys by his side.

“We couldn’t have asked for a better team. The care we received was amazing and it’s made a real difference in our lives.”