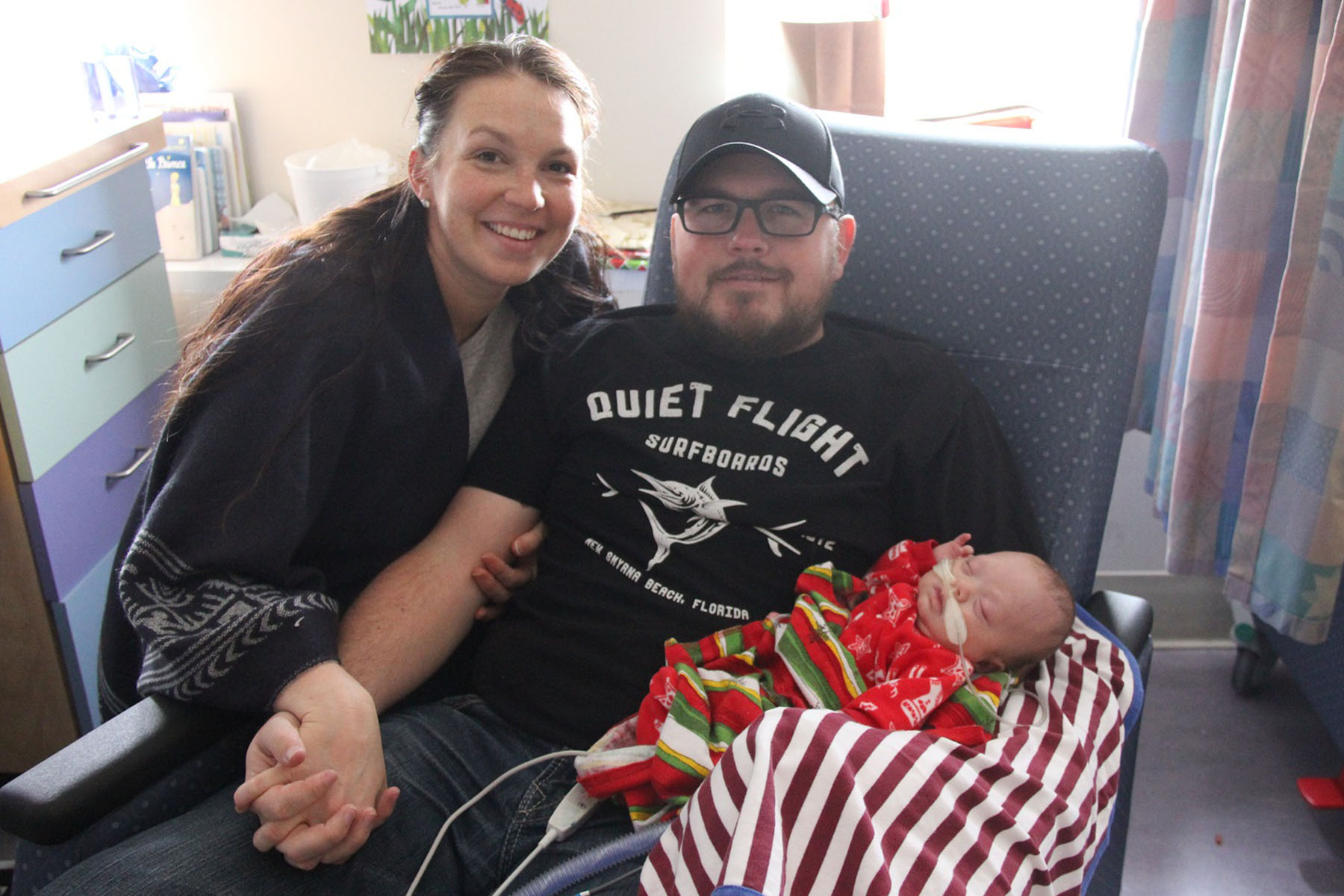 Complex Care for a Complicated Pregnancy

“McMaster Children’s Hospital is a place of hope where miracles are born and the unthinkable occurs daily.”

At 11 weeks, Kimberly experienced a hemorrhage, which caused an abruption that resulted in the placenta detaching from her uterus. At 16 weeks gestation, the sac surrounding the baby ruptured, which can cause serious complications for both the mother and baby.

“I was scared, overwhelmed and extremely anxious for our unborn baby,” says Kimberly. “Being on bedrest from 14 weeks until the delivery was emotionally exhausting. There was a real possibility that my baby would not survive.”

At 23 weeks, Kimberly’s obstetrician in Guelph transferred her to the Maternal Fetal Medicine Clinic at McMaster University Medical Centre, which provides care for complex pregnancies.

“I was admitted as an inpatient on three separate occasions for monitoring,” she says. “I quickly became accustomed to my new normal while I was there because the staff was supportive and compassionate.”

Kimberly gave birth to baby Cayden at 31 weeks gestation. But the nightmare was far from over.

As a result of all the complications faced during pregnancy, Cayden was born with underdeveloped lungs. He was immediately admitted to the Neonatal Intensive Care Unit (NICU) at McMaster Children’s Hospital.

“We were terrified,” explains Kimberly. “The doctors kept telling us Cayden was very sick and that it was going to be a long recovery.”

Unable to breathe on this own, Cayden required the use of donor-funded equipment like a ventilator and a continuous positive airway pressure (CPAP) machine. For several months he was fed through feeding tubes. During this time, Cayden also underwent surgery for a hernia.

After four months in the NICU, Cayden was finally healthy enough to go home. He is currently seen by various clinics at the Hospital as an outpatient for ongoing monitoring. Despite all of the challenges, Cayden is happy, healthy and meeting his milestones.

Likewise, Kimberly is regularly monitored by the Maternal Fetal Medicine team, as she is currently expecting another child this summer.

“McMaster Children’s Hospital is a place of hope where miracles are born and the unthinkable occurs daily. I couldn’t have asked for anything more from the remarkable people who were there for us every step of the way.”