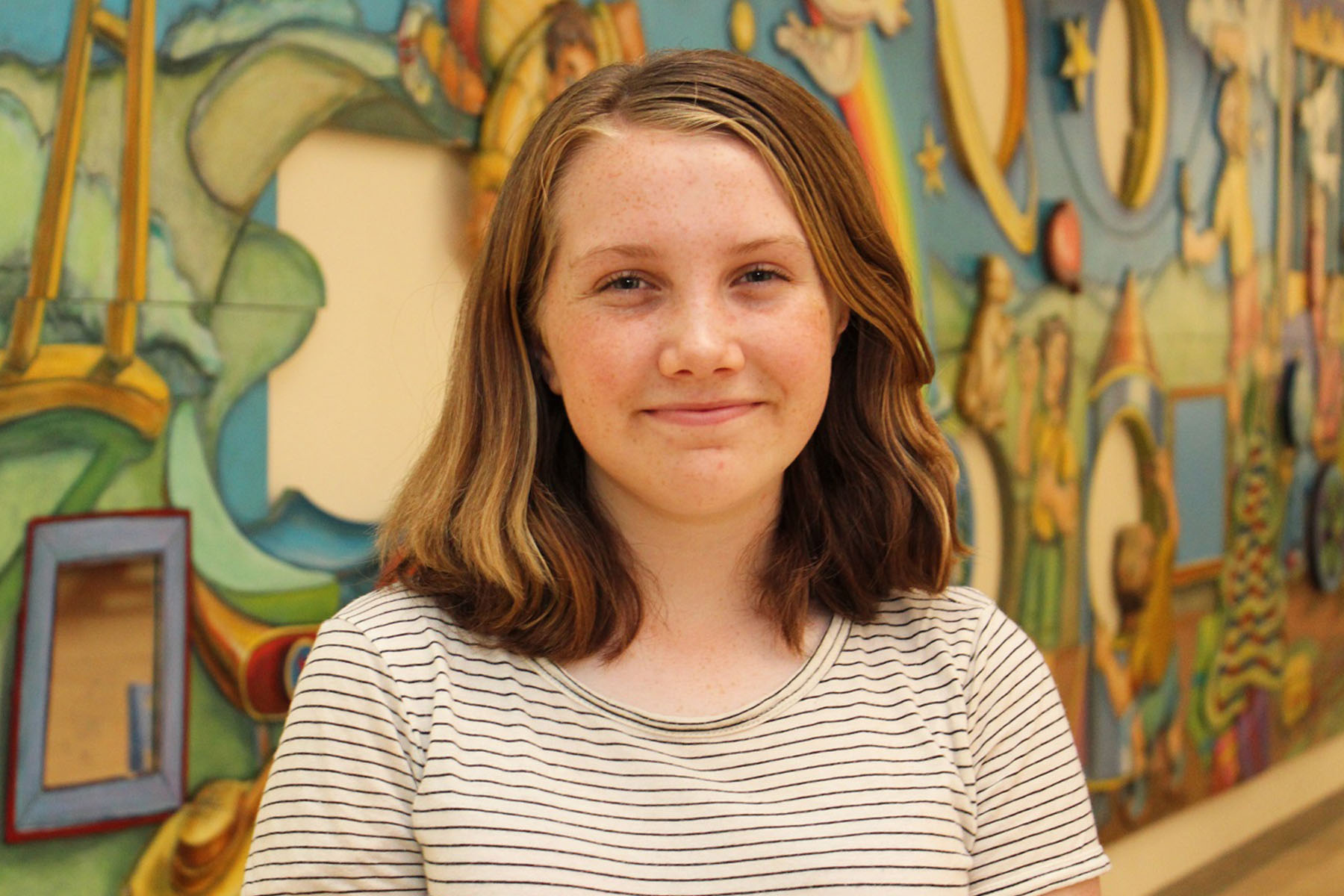 “The team at McMaster Children’s Hospital saved my life.”

Raynham at the Champions launch event

“I didn’t feel right during the summer of 2016,” recalls Raynham McArthur from Hamilton, who was 11 years old at the time. “I was thirsty all the time, losing a lot of weight, and suffering from terrible muscle pains and headaches.”

Raynham was treated with antibiotics, as it was assumed that she was suffering from some sort of persistent infection.

Then one day, she fell into a coma.

“I had trouble waking her up,” says Raynham’s father, Andrew. “She woke up briefly, screaming incoherently, then she became unconscious again. That’s when I called the ambulance and she was rushed to McMaster Children’s Hospital.”

Raynham’s brain was swelling and her body systems were shutting down. She was at high risk of suffering a stroke and having permanent brain damage if she survived at all.

“We were shocked to learn that type 1 diabetes was the cause of all this,” says Raynham’s mother, Joanna. “There was no history of type 1 diabetes at all in our family.”

Her skyrocketing blood-sugar levels were brought down and she slowly regained consciousness. On the third day, the swelling in her brain began to subside. Luckily, there were no signs of brain damage.

Raynham had lost a lot of muscle, her joints were weakened and her gastrointestinal tract was damaged. She worked closely with Child Life Specialists and psychotherapists to help her overcome anxiety from the ordeal, and she began a modified diet that was designed to keep her blood sugars normalized and help her regain muscle.

A glucose-monitoring device was implanted beneath her skin to measure her blood sugar levels every five minutes. An insulin pump tube is also inserted under her skin and it delivers insulin as needed. However, Raynham must carry the pump at all times and make decisions about dosage based on her level of activity and what she eats.

“It was difficult making so many lifestyle changes because of my diabetes,” says Raynham. “I was on a strict eating schedule at first, which was a hard adjustment. I still have to count the carbs in everything I eat and I can’t go anywhere without my backpack of diabetes supplies.”

Today, Raynham is thriving and enjoying the life of an active teenager.

“The team at McMaster Children’s Hospital saved my life. They’ll always be like family to me.”

On January 23, 2020, McMaster Children’s Hospital Foundation and Walmart associates from across the region gathered at the Walmart Stoney Creek Supercentre to celebrate 15-year-old Raynham McArthur of Hamilton being named a Children’s Miracle Network Champion.

Champions is an awareness program designed to educate communities about Children’s Miracle Network, the important work of its member hospital foundations, including McMaster Children’s Hospital Foundation, and the financial needs of children’s hospitals.