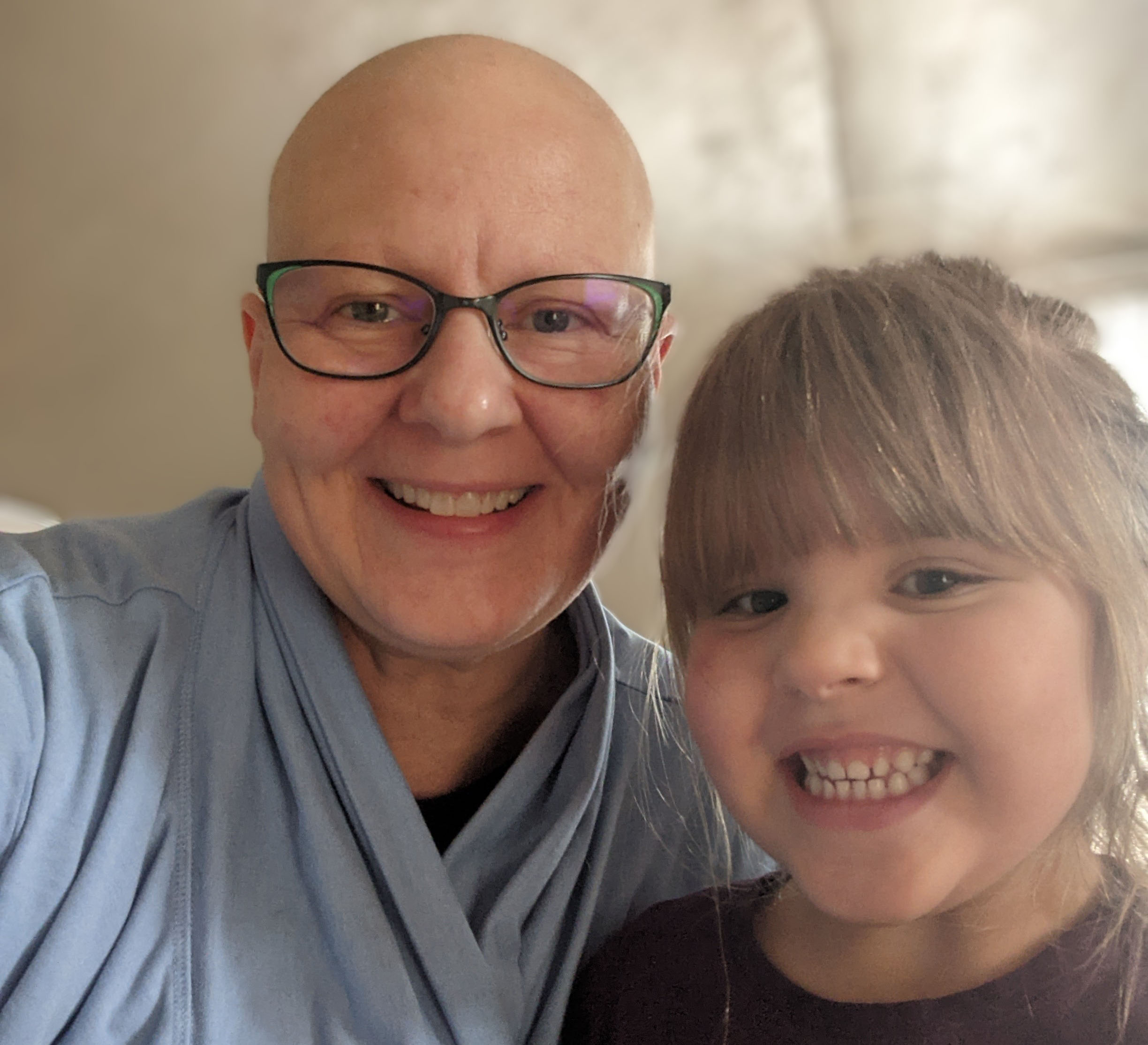 “I called my family doctor, who suggested I get tested as soon as possible,” recalls Pamela. “I had a mammogram, ultrasound and biopsy. A week later, I received the official diagnosis – I had breast cancer.”

Something didn’t feel right. On August 1, 2021, Pamela Drummond from Flamborough was working away at her sewing machine when she felt a hard lump beneath the skin of her left breast.

Pamela’s mind immediately went to “cancer,” as it happened to be the 13th anniversary of her mother’s passing from a brain tumor.

“I called my family doctor, who suggested I get tested as soon as possible,” recalls Pamela. “I had a mammogram, ultrasound and biopsy. A week later, I received the official diagnosis – I had breast cancer.”

Luckily, it was early-stage cancer that was highly treatable. She was referred to Juravinski Hospital and Cancer Centre, where she was scheduled for a lumpectomy to remove the tumour.

As a way of dealing with the experience and sharing her story, Pamela began to write a blog. Retaining the sense of humour that is so integral to her personality, she named her lump “Toby the Ta-Ta-Tumour” and she wrote an eviction notice for Toby as one of her blog posts.

“I had surgery on October 8 and they discovered that the cancer was much more aggressive than originally thought,” she says. “There were actually three different types of cancer in the tumour, which had doubled its size in less than five weeks.”

Later in October, Pamela began a regimen of intensive chemotherapy.

“The chemo made my bones hurt and it felt like they were literally disintegrating,” recalls Pamela. “I had the energy level of a sloth on sleep medication and my hair was thinning. My daughter shaved it off before it could start falling out in clumps.”

October is Breast Cancer Awareness Month, and Pamela wanted to mark the occasion by helping other cancer patients in some way.

“I knew I wanted to give back, so I knitted cup cozies and sold them to raise money for Juravinski Hospital and Cancer Centre Foundation,” she says. “Over the course of eight weeks, I spent about 30 hours making 170 cup cozies and I raised over $1,500.”

Pamela won a volunteer-recognition award through her work, which saw her receive $5,000 for a charity of her choice. She donated this to The Foundation as a way of supporting her fellow cancer patients.

February marked the conclusion of her chemo and she began radiation therapy. On May 5, she had her last radiation session and she celebrated the end of her active treatment.

“My hair slowly began to grow back. In the spirit of the Olympic Games, I invented my own event, named ‘After-Chemo Hair Growth.’ My 4-year-old granddaughter has kindly offered to monitor my hair growth and let me know how I’m doing in the medal standings!”

Into a brighter future

Luckily, Pamela’s treatment was successful in stemming the cancer and the tumour is stable. Her team at Juravinski Hospital and Cancer Centre will continue to monitor her condition.

Although Pamela still experiences lingering fatigue, she continues to gain energy and strength as her recovery continues.

“I’m so grateful to the team that looked after me,” says Pamela. “They provided excellent and timely care when I needed it most. Thanks to them, I can enjoy time with my family and play with my granddaughters. I have much to be thankful for.”