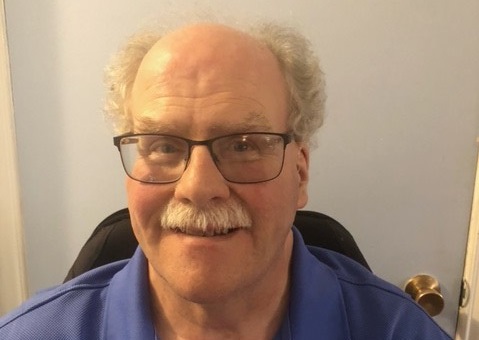 Recovering from Spinal Injuries with Strength and Resilience

“Scans showed that I had a significant break in my T12 vertebra, which had been deteriorating over time.”

“I heard a loud crack and felt a sharp pain between my shoulder blades.”

Tim Whitelock from Simcoe will never forget the day in November 2018 that changed his life forever. While walking in his backyard, Tim stumbled and fell to the ground. While lying there in pain, he realized it was better not to move.

“I’d broken my C7 vertebra,” explains Tim. “They said I would need surgery to repair my spine.”

Tim underwent emergency surgery at The General, which involved a fusion of his vertebra. When dangerous blood clots formed in his spinal column, he underwent a second surgery to remove the clots and prevent a stroke.

“The surgeons experienced complications during the second surgery that couldn’t be avoided and I ended up paralyzed,” says Tim. “A family meeting was held to prepare me and my family for the possibility that I would be a quadriplegic for the rest of my life.”

After a couple of weeks recovering in hospital, he began to regain some movement in his left hand.

“I was transferred to the Regional Rehabilitation Centre, where the amazing therapists and nurses helped me strengthen my muscles,” says Tim. “Over the next three months, they helped me regain the use of my hands and legs, which were also starting to regain some sensation.”

Weeks of intensive physiotherapy in the gym and pool at the Regional Rehabilitation Centre helped Tim make significant gains in strength and motor function. Eventually, he was able to stand up from his wheelchair as well as pedal the exercise bike.

Back to The General

Then Tim’s condition began to worsen again in July 2020.

“I started to lose strength in my legs again, which was very disheartening,” he says. “Scans showed that I had a significant break in my T12 vertebra, which had been deteriorating over time.”

Tim underwent two more spinal surgeries at The General – one to fix his T12 vertebra and another to clean out an infection that developed in his spine. He returned to the Regional Rehabilitation Centre for more physiotherapy.

“My legs kept getting stronger day after day. Soon I was able to use the walking machine, and it felt great being able to stand again.”

As Tim’s journey continues, his resolve and determination only grow stronger.

“I realize that my recovery takes patience and many baby steps,” he says. “I don’t want to use a wheelchair for the rest of my life, and I’m willing to put in the hard work needed to keep moving forward. I’m so grateful to the teams at The General and the Regional Rehabilitation Centre for making such a difference in my life.”